Bruce Morgan (b. 1957) is an award-winning Navajo silversmith. He is well known for his use of both silver and gold in his pieces and his iconic gold overlay. Born in Rehoboth, New Mexico and raised in Brimhall, Morgan made his first piece of jewelry while in high school. His aunt made jewelry and was sadly killed in an accident. His grandmother gave Morgan her tools in hopes that he would make use of them, which he gladly did.

After graduating in 1976, he moved to Phoenix, Arizona and began making jewelry for others in 1978; however, it was a slow start for Morgan and in order to support himself financially, he took a job as a miner in the Uranium Mine and began training to become an electrician. After a year of training, he got laid off and continued on to school for commercial electrician and planned on becoming an electrical engineer. After realizing that it was too much physical work, he went back to jewelry making and found a way to stand out from the rest.

Morgan started out with traditional style jewelry making conchas and turquoise, but in 1983 he was one of the first artists to use the two tone method of silver and gold. In 1982, he made a silver cane for the Prime Minister in Egypt and in 1983 began using “traditional and simple” stampwork and creating his signature gold overlay. Although he admires the traditional pieces, he has said he will continue to only make his gold overlay jewelry, because it is quicker to make and allows people to have a one of a kind piece that can be worn daily or for a special occasion. His rings are often used as wedding bands for that very reason.

Morgan’s exceptionally clean lines and renowned gold overlay has brought attention to his work in not only the US, but worldwide. He has been featured in “Arizona Highways” and “Southwest Art” magazines and continues to create beautiful pieces of jewelry to this day. 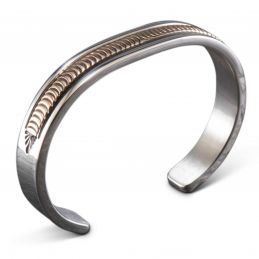 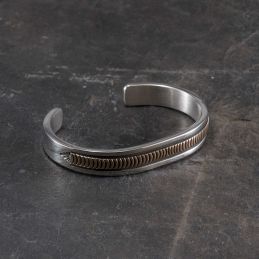 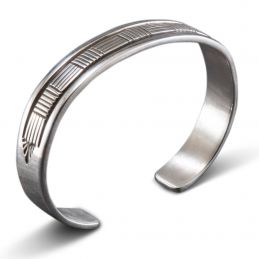 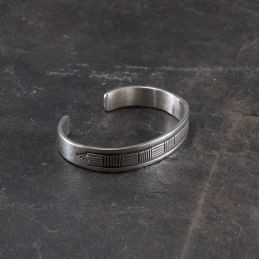 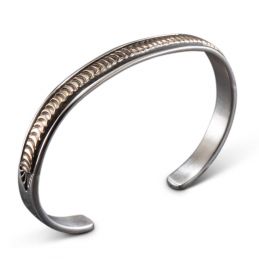 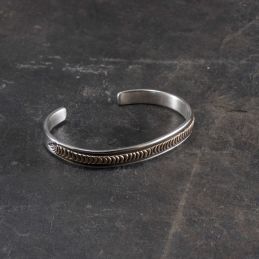