The curious 10 year-old boy Jared Chavez wandered into his father’s studio one summer day complaining of nothing to do. Richard Chavez gave his son a set of hammers, stamps, and files to experiment with and a concise instruction, “If you are to learn how to make jewelry you must put your all into it.” Looking back at his beginning as an artist, Jared understands just how much this first gesture affected his style. His father is known for his mastered lapidary skills, but never pressured his son to adapt to his approach of jewelry making. Instead, he encouraged him to explore, discover, and create his own unique methods. During high school, Jared continued to refine his jewelry techniques under his father’s guidance and also became interested in filmmaking. After graduating from the Santa Fe Indian School in 2001, he was accepted into Georgetown University in Washington, D.C. where he majored in studio art with an emphasis in digital media. While in college, Jared became fascinated with the art of printmaking and was encouraged by his professor to explore additional printing methods beyond those taught in class. He found himself moving from aluminum plate lithography to intaglio etching, and finally to woodblock printing. Much of Jared’s inspiration for his jewelry designs comes from the bold lines, colors, and patterns printmaking can create. After college, it was never a question in his mind whether or not he would become a jewelry artist; it was always what he wanted to do. His father felt in order for him to become a professional metalsmith, he should complete formal training to complement his paternal coaching. In 2006 Chavez took part in the Graduate Jewelry program at the Revere Academy of Jewelry Arts in San Francisco, gaining information on gemology and re-learning many fundamentals with instruction on basic fabrication. Immediately upon returning from the west coast, Jared and his father founded Chavez Studios located in the San Felipe Pueblo.

Jared Chavez begins his creations mostly from ‘a stream of consciousness’ while sketching. Starting from something as simple as a curved line, the artist builds upon the image until he can see the destination of the design. He strives to create pieces with intense contrast, where specific areas of light and shadow can play a part in the nature of the composition. The desire to “incorporate places for light” in his work attracts him to stones that absorb content from their surroundings, bringing a luscious vibrancy and diversity to his artistic imagery. Every single piece created in Chavez Studio is made by either his hand or his father’s, and the standards for quality are set exceedingly high. This proximity and mutual respect for each other and the art form they have both committed themselves to, creates an energizing association between father and son. While Jared works independently on his creations and has developed a highly exclusive style all his own, these two artist inquire upon each other for opinions and suggestions as they work. This has led to a continuing collaboration on projects and is a great experience for themselves as a creative entity, as well as individual masters. Jared continues to conceive and generate graceful, innovative jewelry with a timeless quality akin to his father’s. We are hoping this penchant for producing gorgeous creations continues to run in the family, as Jared’s 2 year-old son already likes to be in the studio.

"For a design to come to fruition, it has to develop organically. The more you try to force something into its creation it’s less likely to turn out as you intended." 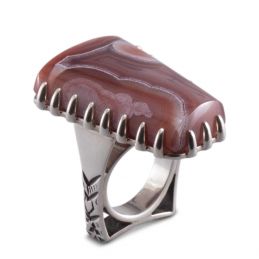 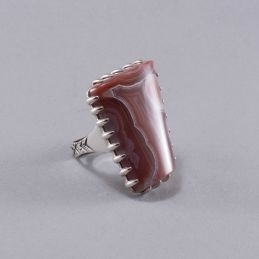 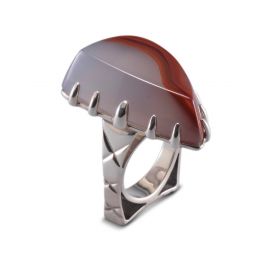 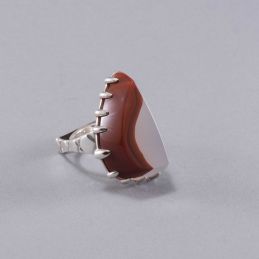