Born on February 1, 1915 at Cochiti Pueblo in New Mexico, Joe Herrera Quintana is considered by many to be one of the true master silversmiths of the 20th century. His unique designs, craftsmanship, and attention to detail captured the imagination of many collectors and dealers during his lifetime and to this day. He apprenticed with well-known jeweler Frank Patania and worked in a number of shops in both Santa Fe and Albuquerque NM coming into contact with many talented artists from the 1960’s, learning and exchanging enthusiasm for his art form. In 1966, Joe began a lifelong relationship with trader Irma Bailey and quickly positioned himself as the premier silversmith at her eponymous shop ‘Irma’s Indian Art & Pawn.’ The concha belt worn by musical performer Jim Morrison was crafted by Quintana in 1967 and purchased at this store by the Lizard King himself. Quintana worked with Irma for many years until her shop closed in 1971. Joe then returned to his home in Cochiti Pueblo where he continued to make jewelry and drums, and devoted himself to improving the quality of life in his village until his death in 1991.

Joe H. Quintana was married to Teresita Chalan of Cochiti Pueblo on December 21, 1924. They had five children: Panky, Cippy, Rose, Daniel, and Sylvia. Cippy and his wife had three children: Erly, Moses, and Waddie. Cippy Crazyhorse and his son Waddie Crazyhorse are well-known, respected jewelers working today and carrying on Quintana’s legacy. Joe was located in California during WWII, and his son Cippy believes his father worked with the Civil Defense at Naval shipyards while in California. None of his family members know exactly what his job was during the war, only on rare occasions would Joe mention his service and how proud he was of it. He would talk about how his welding jobs in the shipyards taught him a great deal about silver soldering and many of the techniques he used as a silversmith. Joe became ill with pneumonia and died on December 19, 1991.

Quintana created impeccably crafted jewelry with a unique, modernist flair, emitting an unmistakable appeal. His pieces stand out as some of the most innovative and versatile works of his time and he remains ‘one of the greats,’ inspiring artists and collectors for years to come.

"He didn't think of himself as a great silversmith – he was just doing what he did: creating designs from everything around him in his everyday life. Perhaps it is that innocence in his work that instantly makes people feel good." – Irma Bailey 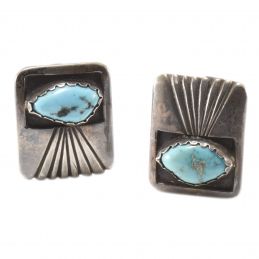 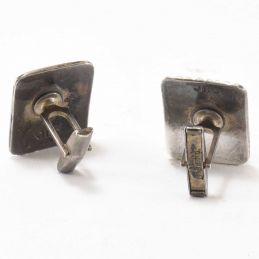 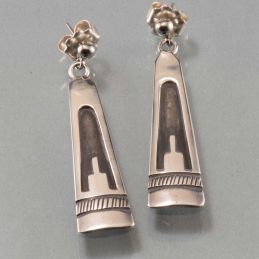 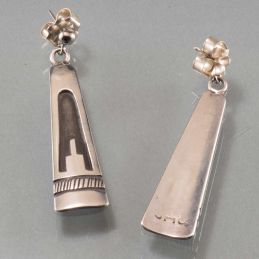