Home Artists Julian Lovato
Julian Lovato is one of the most highly regarded pueblo jewelers of the 20th century.
Born in 1925, the lifelong resident of Santo Domingo Pueblo began crafting his exceptional and unique jewelry in 1948.
A major influence on Lovato were the years spent at the Thunderbird Shop in Santa Fe, working under the tutelage of Frank Patania, a sense of refined elegance and modernism became more apparent in Lovato.
His designs and the quality of his craftsmanship and technique continued to advance.
Lovato combines tradition and innovation and his lifelong passion for utilizing only the highest grade staples available continued throughout his career.
Lovato was one of the most acclaimed pueblo jewelers in the 20th century.
Starting his career making traditional earrings he evolved into one of the early native modernists while working at Frank Patania’s Thunderbird Shop.
Utilizing ever changing designs and exceptional quality stones he created in a three dimensional look which he called “raised dimensional jewelry design.”
New 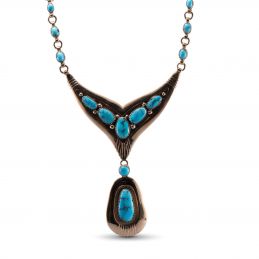 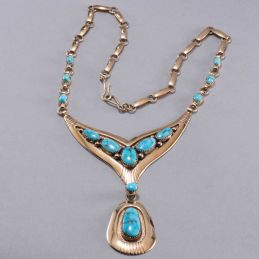 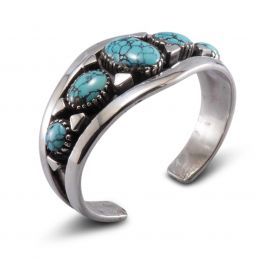 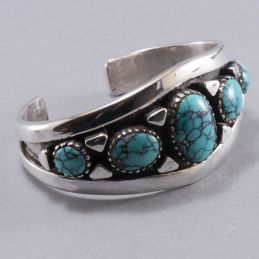 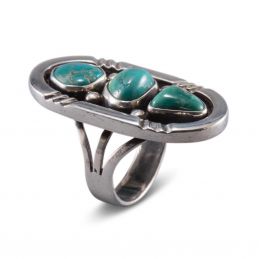 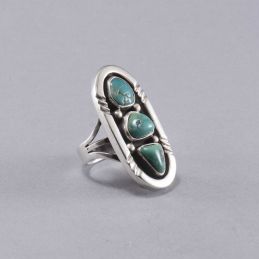