Norbert Peshlakai was born on May 6, 1953, into the Black Sheep clan of the Dine people. Growing up in Crystal, New Mexico, with nine brothers and sisters, his mother is an accomplished weaver and all of his sisters and one brother followed in her footsteps.

Norbert began discovering his artistic abilities as a painter in high school, starting with landscapes and abstract portraiture. He enrolled in painting classes at the University of Kansas intending to pursue a career in art. On a whim he decided to take a single jewelry making class, but after making mistakes on his first few class assignments he began to think, “making jewelry must not be my thing.” He started skipping classes, until one day he ran into his teacher on campus. His teacher told him he was failing due to his absences and in order to pass he needed to present his sketchbook, identify 65 necessary tools, and make six pieces of jewelry. Norbert made more than six pieces of jewelry, and passed the examination with ease.

As the teacher was photographing all of his students’ end of semester work in class, he motioned for Peshlakai to come over and take a look into the camera. When Norbert saw his jewelry through the lens of the camera something struck him, he reminisced, “I saw my work for the first time.” Norbert continued through college attempting both painting and jewelry, but it was not long before jewelry took over as his passion. The artist sees his jewelry as a combination of painting and sculpture, and credits the sculptural work of John Boomer’s abstract wooden forms as an inspiration for him throughout his career. Norbert makes his own unique stamps from concrete nails to create imaginative, energetic patterns on his spirited shapes and has developed his own style of textures and overlays he is now known for. In the late 1970’s he began making intricately ornamented silver pots, something he was introduced to in college and continues to experiment with today. His work is identified with a hallmark he created in the very beginning of his career consisting of a circle, dot, and v stamp forming the shape of an eye, symbolizing ‘vision.’ Norbert continues to make jewelry and silver pots from his home in Gallup, New Mexico, breathing life into his creative, one-of-a-kind pieces.

"I treasure the tools. It comes from the tools, the tools help me to build the outside. I take the inside – the soul – from nature and then use the tools to incorporate it into the design." 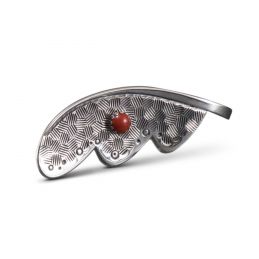 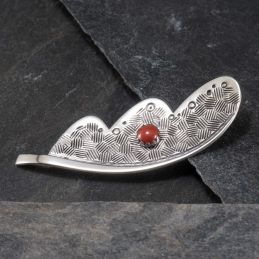 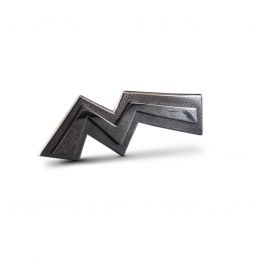 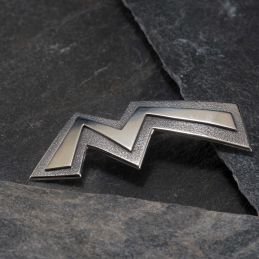 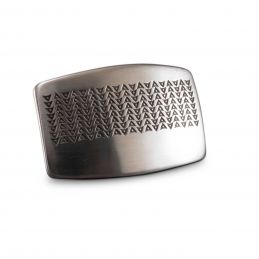 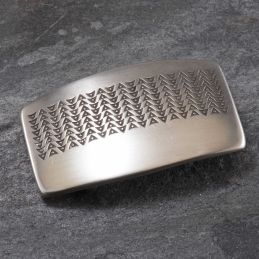 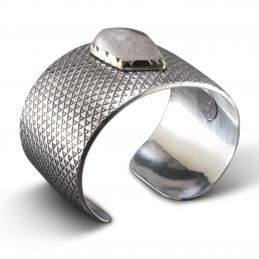 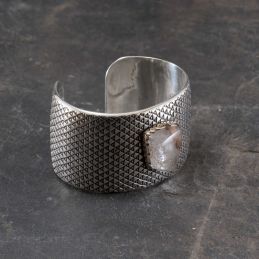 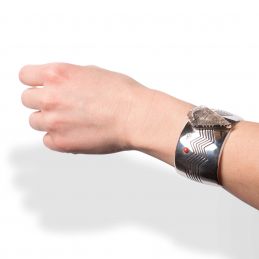 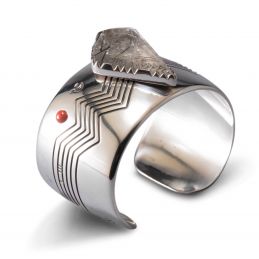 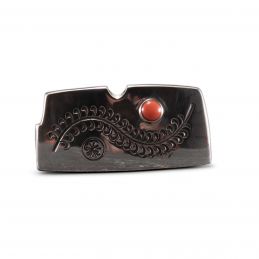 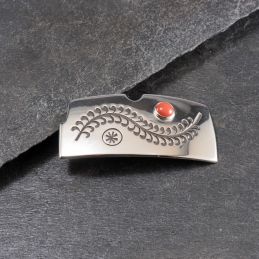 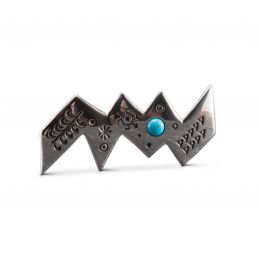 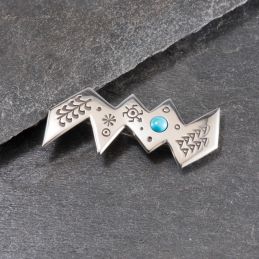 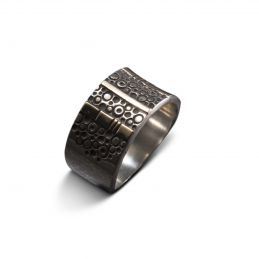 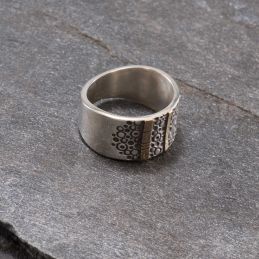 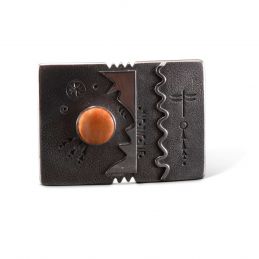 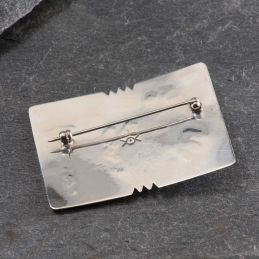