Thomas Curtis was an award winning, self-taught Navajo Silversmith; a master who pursued his art for over 50 years. He is best known and loved for his painstakingly beautiful handcrafted precision stamp work in heavy-gauge silver creating sophistically stimulating jewelry. Born in 1942 into a family of skilled silversmiths, Thomas Curtis observed the secrets of his family’s finely crafted silver work and began creating traditional Navajo jewelry by the age of 12. Before committing himself completely to the art of metalsmithing, Curtis was a champion horseback rider and won many awards as a member of the All-Indian Professional Rodeo Cowboys Association performing bareback, bull riding and saddle bronc. The rodeo is where he was given his acclaimed surname, ‘Curtis’. Born as Thomas Redhorse, his family name was the source of many jokes while working in the rodeo and was given the name ‘Curtis’ by a stock contractor who wished him to be recognized for his riding talent and not overshadowed by a name. After somersaulting backwards off of a horse and injuring himself in 1969, Thomas left the rodeo to pursue his craft as a silversmith full time.

Thomas Curtis grew up observing his uncle who was a blacksmith and had a business repairing wagons. “It was like today’s car garage, he had wagons lined up. I would help him, I was fascinated by all of the tools and I had an interest in working with metal.” Curtis elaborated on his fascinations with blacksmithing while working in the rodeo, and continued them into his jewelry making career by hand making the hardened steel die stamps that identified him as one of the premier Navajo silversmiths of his time. Thomas Curtis believed an artist should be a part of every process in the creation of their work, and he took monumental pride in the art of making his own die stamps for his harmonious arrangements. Curtis was often quoted finding inspiration for his pieces by, “looking at the ground, the sky, the plants, and the four seasons.” He also turned to sacred traditions, sourcing his patterns and descriptive style from traditional weavings, historic and contemporary construction from the 1890’s-1940’s, and adapted classic ketoh designs for the lids of the elaborate silver boxes he is known for. Thomas Curtis had an extreme talent for delicately balancing compositions of traditional design motifs with his intense skill, generating dramatic results with refined charisma. With only an 8th grade education he excelled as an artist and craftsman who, like his precision stampwork, deeply embedded a profound mark in the history of jewelry making, raising the standard for quality work and inspiring others to push themselves to greater heights. Thomas Curtis passed away June 29, 2013 and left behind a collection of finely crafted Navajo jewelry and a remarkably gifted daughter, Jennifer Curtis, who carries his legacy as a master silversmith creating exceptional work inspired by her father’s unyielding hard work and lifelong dedication to his art.

“Riding horses and making jewelry, I don’t do these things for fun. They’re my tradition; they’re survival. They’re life to me.” 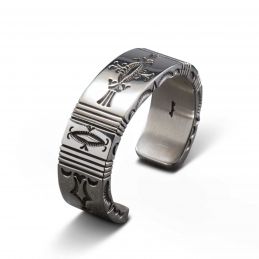 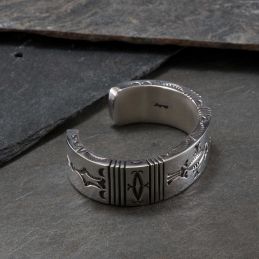 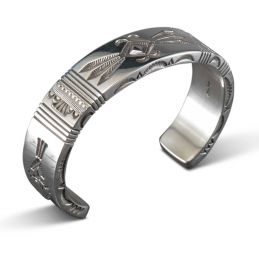 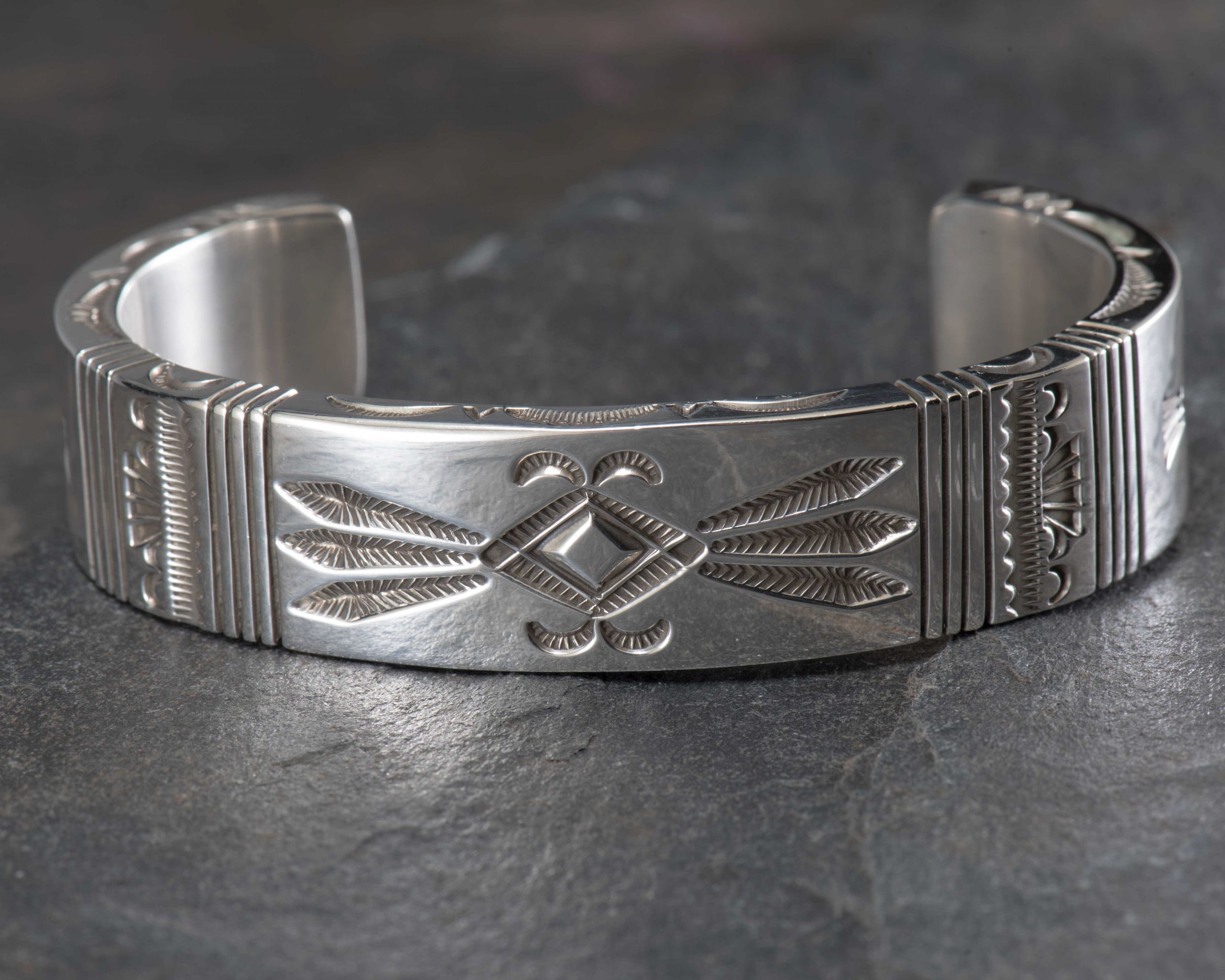 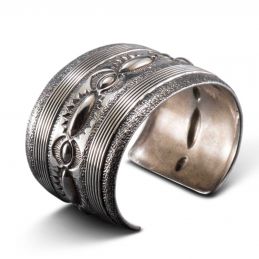 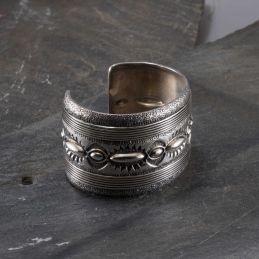 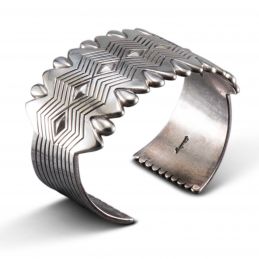 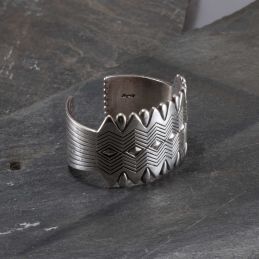