A lifelong resident of Santo Domingo Pueblo, Vidal Aragon translated pueblo life into intricate storyteller jewelry. Born in 1923, Aragon retired from silversmithing several years ago but not before attaining international renown for his inventive silver and gold overlay designs. His representations of the elements of nature, animals and pueblo life are symbolic of the Indian way.  One symbol refers to “everlasting happiness.” Other common motifs are animals and the tracks they make and the blessing and nourishment of corn. An expert craftsman, Aragon drew each story strip with his saw blade and soldered it to a textured oxidized underlayer to illuminate the images. He often incorporated a trademark gold disk to represent the sun or moon.

Vidal Aragon learned the overlay technique in the 1930s when he was a student at the Santa Fe Indian School. Before inventing the storyteller jewelry, he experimented with tufa casting and other metalworking techniques. He briefly lived in Scottsdale where he honed his skills as a shop smith. He has fond memories of the time he spent learning ballet as a young man in Phoenix. By the early 1940s, Vidal was already being recognized alongside such prominent smiths as Ambrose Roanhorse and Tom Burnsides for his innovative yet classical designs. Aragon found his true calling though when he began to translate his rich sense of the pueblo way of life into wearable stories, often full of his unique humor. 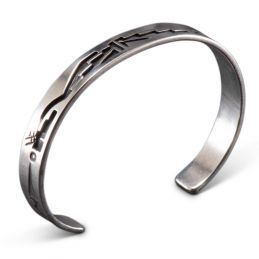 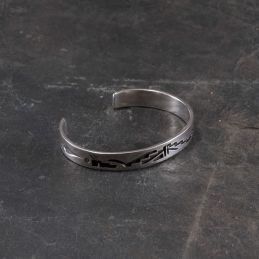 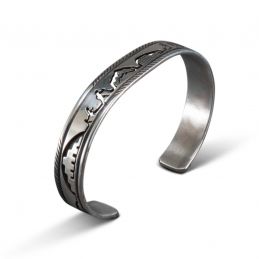 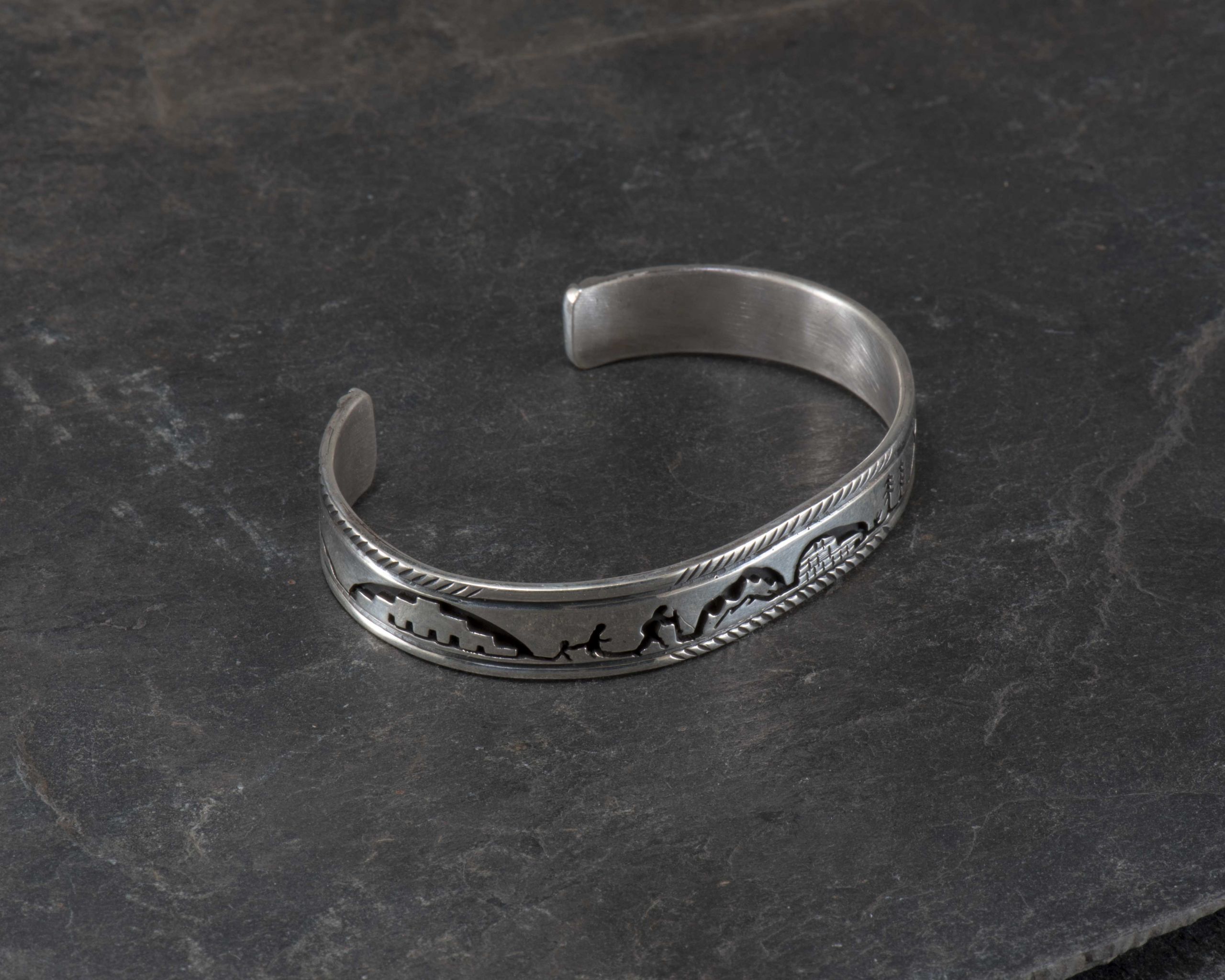 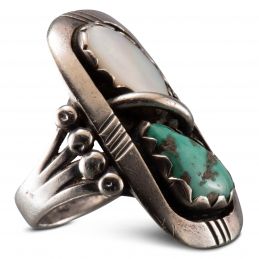 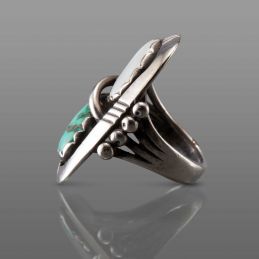 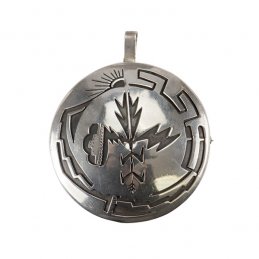 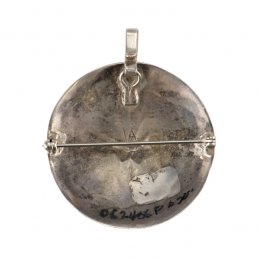