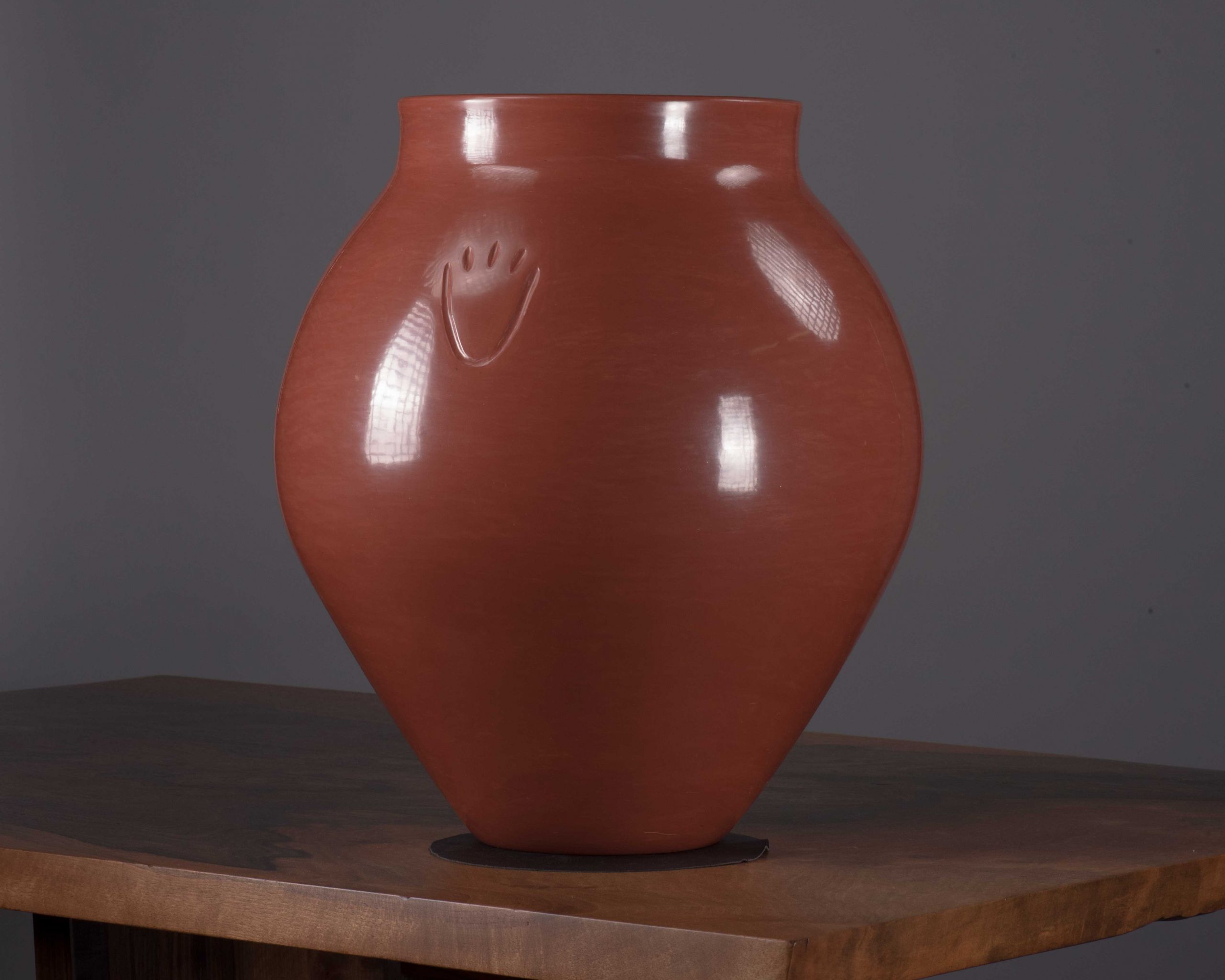 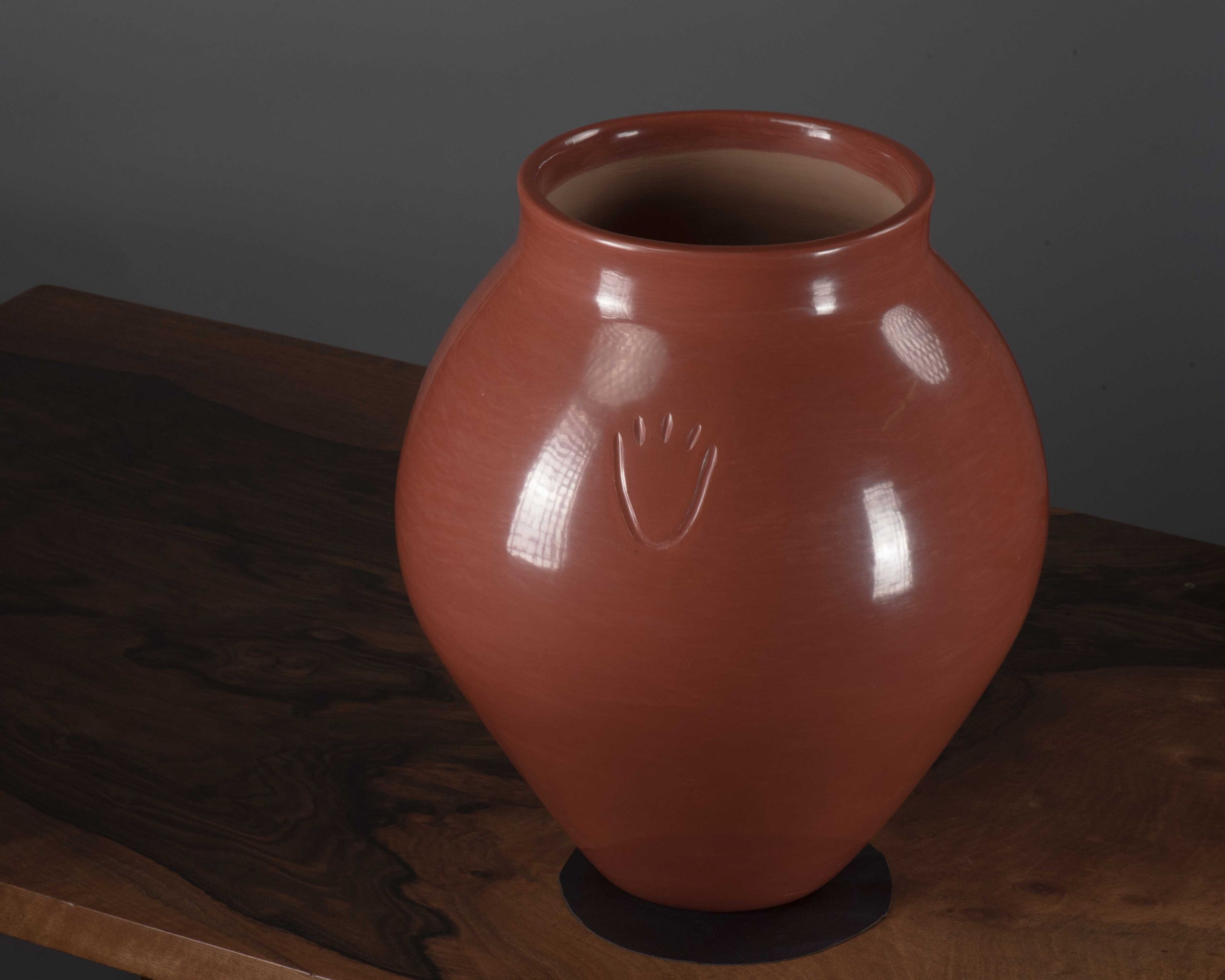 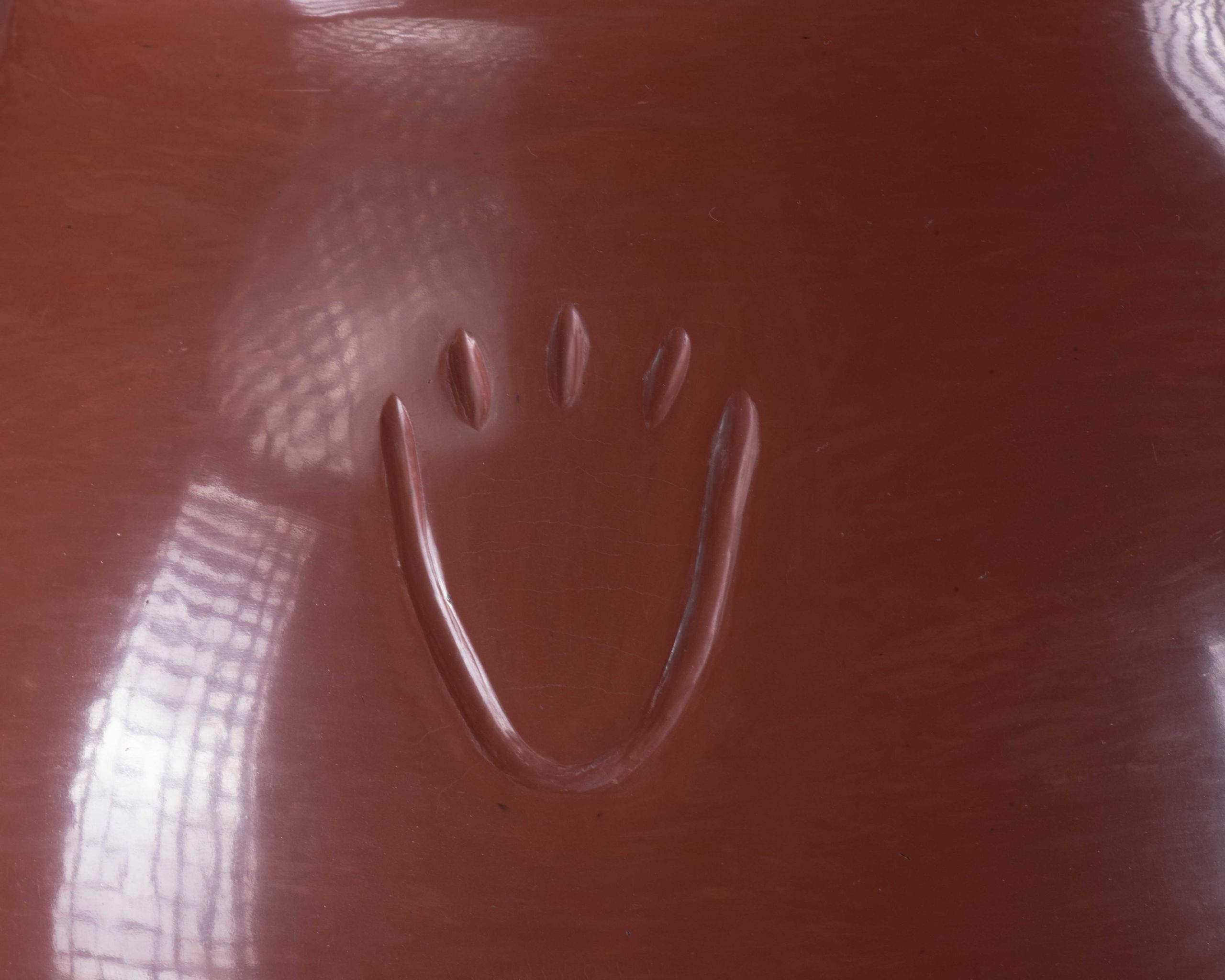 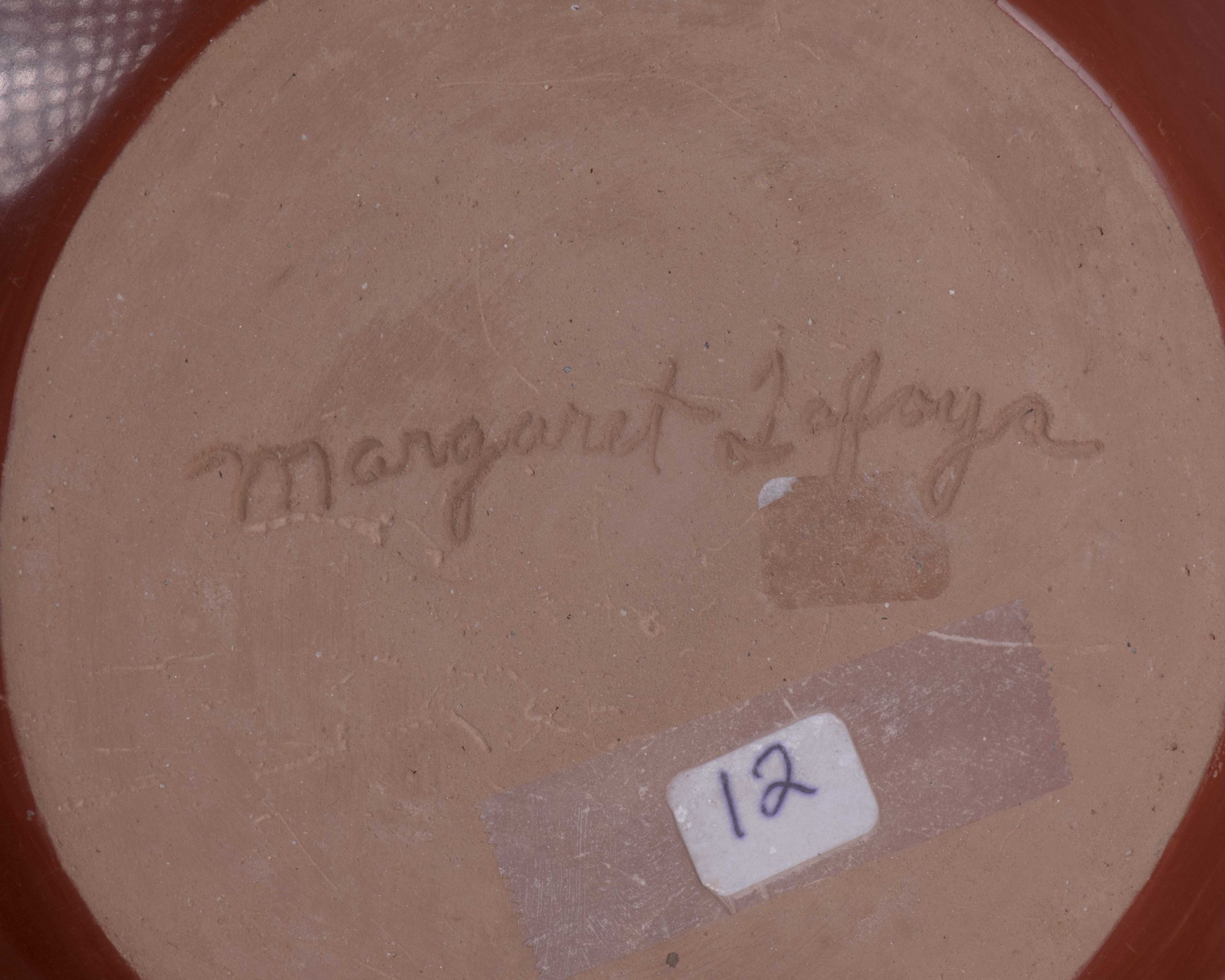 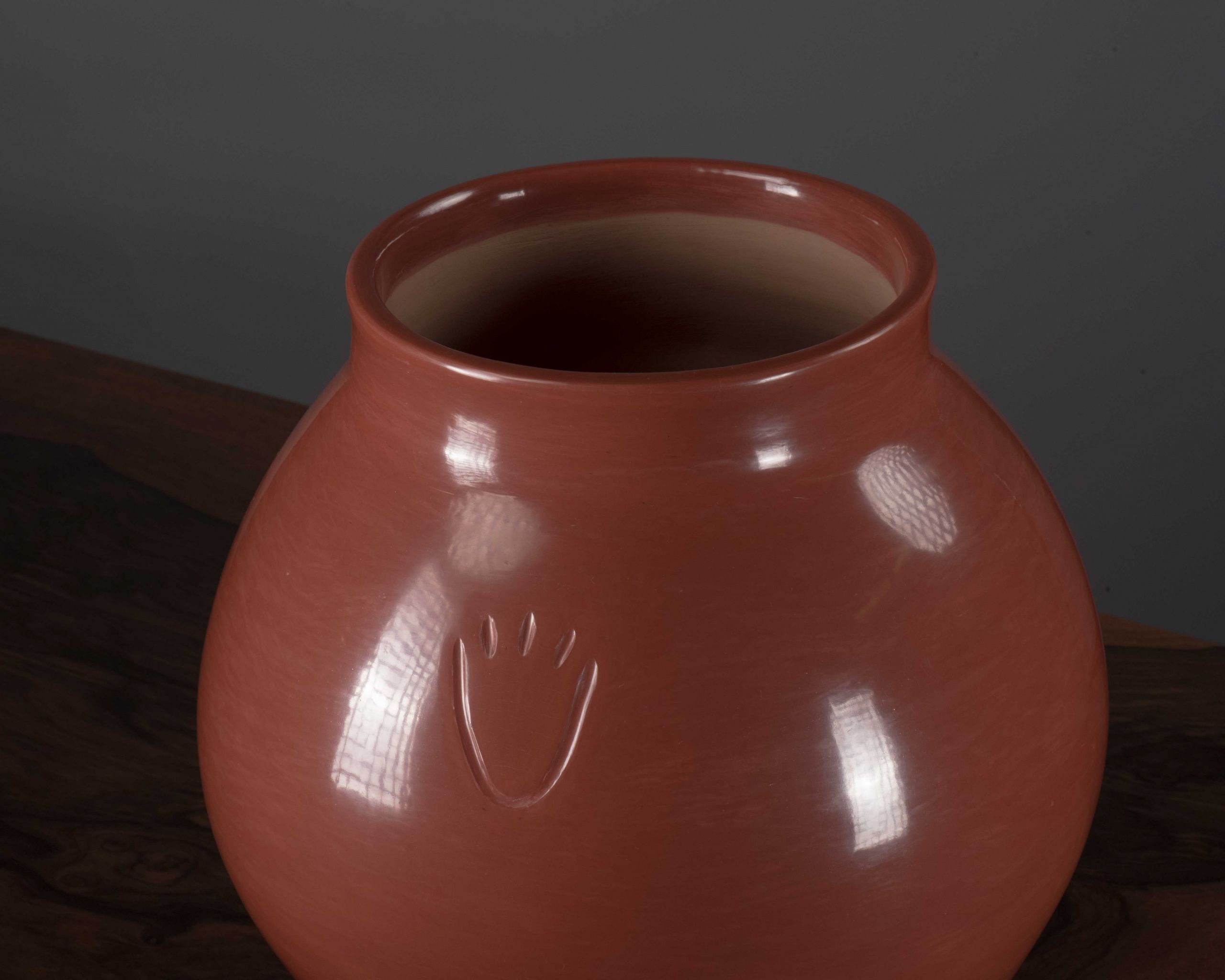 This is an extraordinary sienna red polished large storage jar by Margaret Tafoya of the Santa Clara Pueblo. This magnificent piece was coil formed in native clay over which was applied a red slip then painstakingly burnished with a polishing stone and fired. The large jar features pressed bear paws placed on the body. Tafoya frequently employs the bear-paw pattern, one of many traditional decorative elements found on Santa Clara pottery, as a symbol of strength, good health, and the power of healing. The remainder of the jar displays a captivating high burnished exterior and attractive shape. 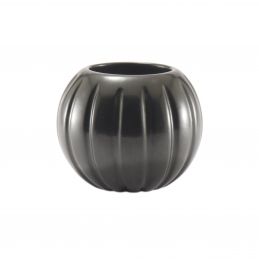 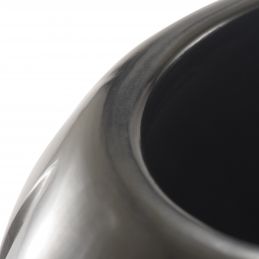 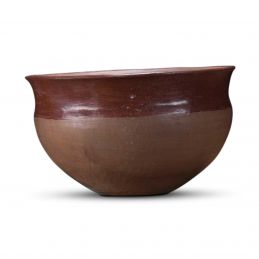 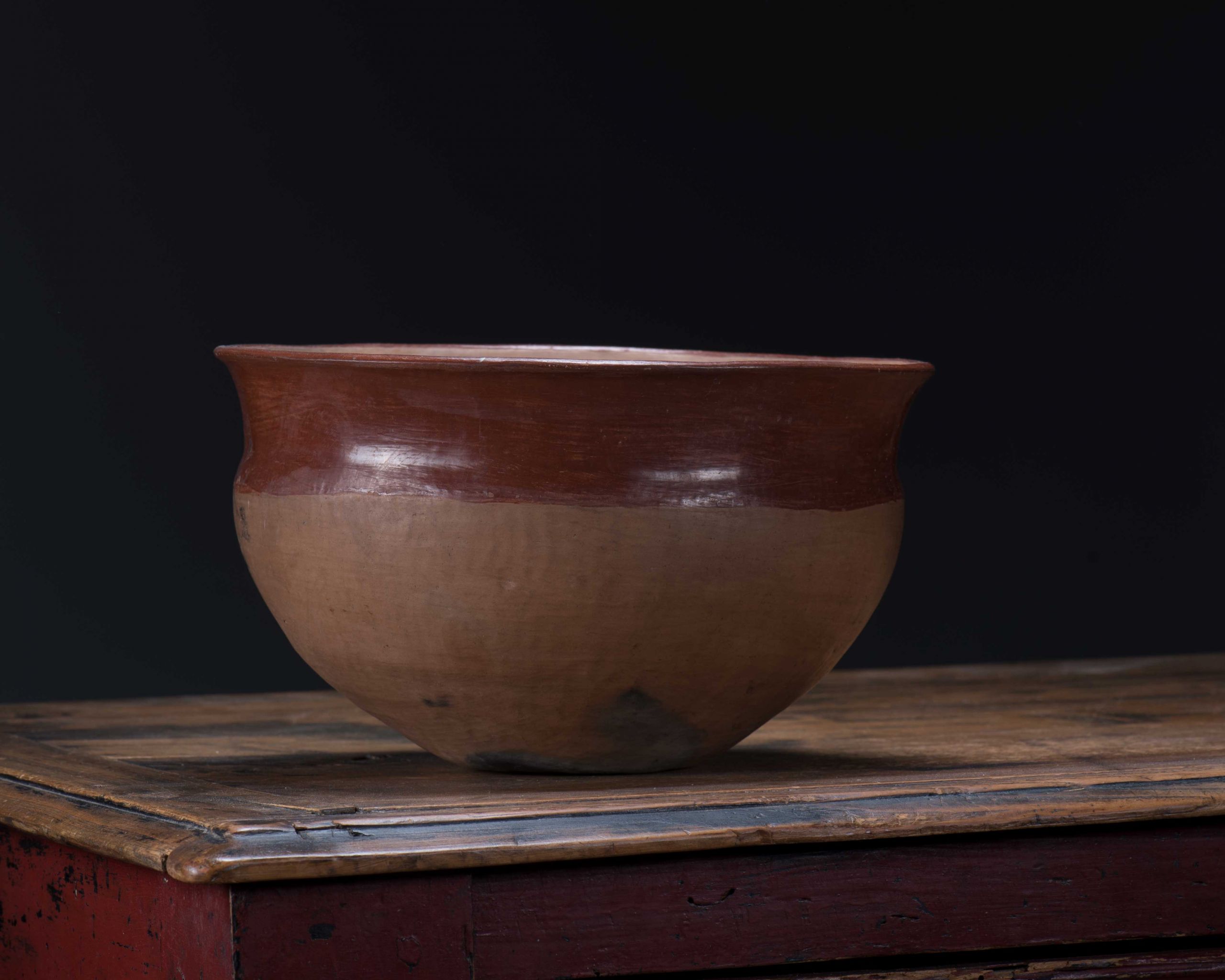