Alice was born in 1946 in Cow Springs, Arizona, in the Tonalea area of the Navajo Reservation and learned the craft of pottery and ceramics by her mother, Rose Williams, and her great aunt, Grace Barlow. It has been said that Alice Cling is arguably one of the most influential Navajo potters in the past 25 years.  This is attributed to her unique ability of making subtly simple designs into a stunning work of art with captivating hues of red, purple, browns and blacks.

These influential women are innovative Navajo potters in their own rights and certainly helped Alice restore the art of traditional Navajo pottery.  Most commonly, pottery was made solely for practical or ceremonial use, not simply for enjoying and collecting.  Alice helped to change this persona and began making pottery for “market.”

The clay for the pottery is found near the Black Mesa area in Apache-Navajo Counties in Arizona, screened to eliminate impurities and finally mixed with sand and water to allow for coiling.  The pottery is fired outdoors using juniper wood.  It is believed that the juniper wood ash along with the atmosphere and chemistry of the clay combined are what allow the clay’s natural pigments to intensify and produce the well-known red, orange, purple, brown and black colors and veneer.  After much patience, determination, and years of practice, Alice perfected her sleek, graceful shape.  Instead of polishing her pots with corncobs, as many do, she polishes with a river washed stone or a Popsicle stick.  Lastly, a light coating of warm pitch is applied to the warm pots after firing, and burnished down to a low sheen creating her final masterpiece.

Most notably, Alice’s pots are free of any decorations and allow their natural beauty to shine.  This is greatly attributed to her grandmother’s influence as she believed traditional Navajo designs should not be used on non-utilitarian wares.

Alice has her pieces decorating the vice-presidential mansion in Washington DC, received the Arizona Indian Living Treasures Award in 2006, and has had her work featured in a collection of the Smithsonian.  Alice married Jervis “Jerry” Cling and has four children who continue to help her make pottery to this day, keeping her family tradition alive and hopefully creating beautiful works of art for years to come. 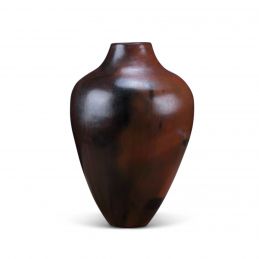 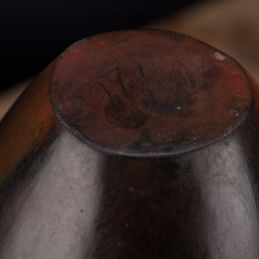