Navajo artist Cody Sanderson is known for his imaginative, often playful style. His award-winning jewelry frequently involves hand-fabricating techniques such as bending, forging, casting, and stamping. Sanderson loves the challenge of doing something different. With boundless energy, he is constantly figuring out ways to execute new ideas in his jewelry.

Raised in Window Rock, Arizona, Sanderson now works from his studio in Santa Fe. He began making jewelry in 1999, learning his craft by experimenting, asking questions of other jewelers, and taking classes to learn new techniques such as tufa casting.

Sanderson’s sophisticated, innovative designs have earned numerous awards, including a prestigious “Best in Show” at the Heard Museum for his sterling silver Rubik’s Cube. His work has been featured in many books, and he is a recipient of prestigious Smithsonian and SWAIA fellowships. Inspired by his surroundings, Sanderson uses traditional Navajo techniques to create a new visual aesthetic that is cutting edge, contemporary and authentic.

"I really enjoy waking up to know I'm going to create something. A new day is a new piece." 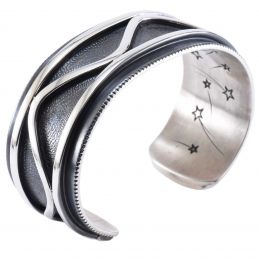 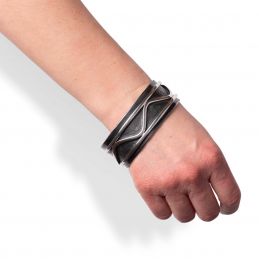 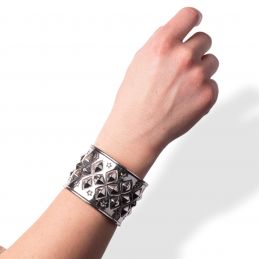 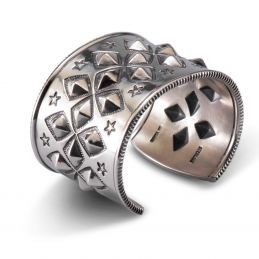