The Zuni Pueblo, known for its beautiful jewelry and pottery, also produces Fetishes, which are small carvings made from primarily stone, but also shell, fossils, and other materials.

Within the Zuni community, fetishes were used throughout recorded history for ceremonial purposes. Fetishes are believed to hold powers and protect from various problems of mind or body. Some believe that their powers can even protect against problems of the universe. It is also believed that the care a fetish receives is directly proportional to the protection it will provide. They are given offerings of cornmeal and kept in special turquoise encrusted fetish pots or pouches, often adorned with turquoise, arrowheads, and feathers. These are offerings to the fetish for gifts received or anticipated. Zuni Indians believe in the six cardinal guardian fetishes. Each guardian fetish guards one of the six directions: Mountain lion is guardian of the North, the badger guards the South, the bear defends the west, and the wolf is the guardian of the East. The black shrew is the guardian of the inner earth, and the eagle is the guardian of the sky.

Leekya Deyuse (1889-1966), was probably the best well-known of all Zuni fetish carvers of the 20th century. Working on the excavation of the Hawikuh Pueblo Ruins in the 1920s, it is believed he channeled the history of fetishes from the carvings of his ancestors into his one-of-a-kind masterpieces. Deyuse worked for 77 years, developing his own unmistakable style, which lead to multiple collaborations with many of the top silversmiths of his day, adding another dimension to his creativity.

While Leekya Deyuse is the best known and highly collectible Zuni fetish carver, other notable Zuni fetish carvers are highly sought after as well. Those included in the list are Teddy Weahkee (1890-1965); Leo Poblano (1905-1959); and Sarah Leekya (1930 – 2017), daughter of Leekya Deyuse, who was taught by her father. She developed a technique and style reminiscent of her father’s work, while working alongside him.

Fetishes are believed to hold powers and protect from various problems of mind or body. 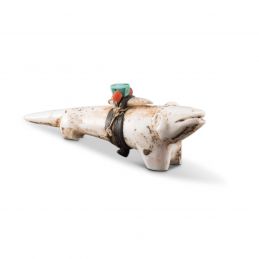 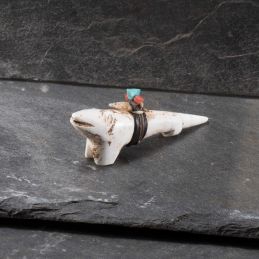 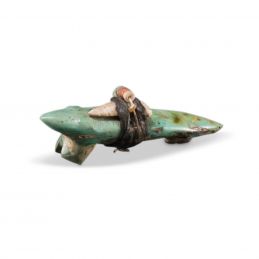 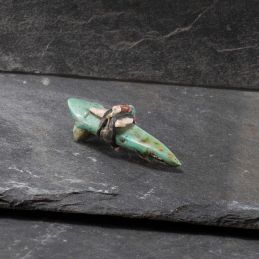 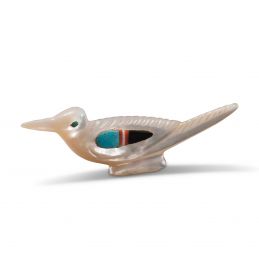 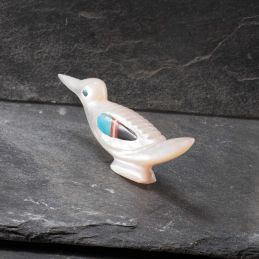 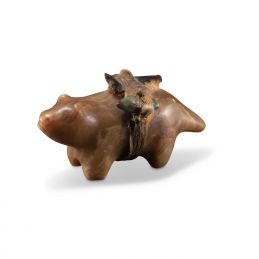 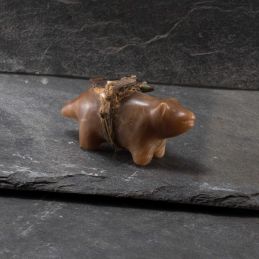 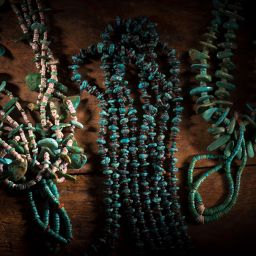 Wisdom, hope, and tranquility are just a few beliefs associated with turquoise, also known as Skystone, which gets the name from Native American lore. 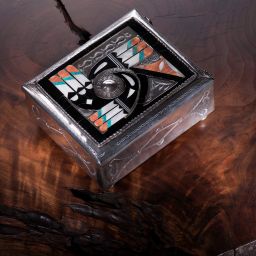 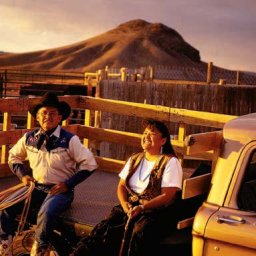 Celebrated silversmith Thomas Curtis shared a special bond with his talented daughter, Jennifer Curtis. She maintains this connection within her…